DEUTZ ENGINES WITH CAPACITIES OF BETWEEN 9 AND 18 LITERS HAVE THE RIGHT LEVEL OF POWER FOR PARTICULARLY DEMANDING OFF-HIGHWAY APPLICATIONS. IN THE QUARRY, FOR EXAMPLE, OR CHOPPING UP TREE TRUNKS.

Some of the first powerful engines from DEUTZ were installed at BBurg and Doppstadt.
BBurg, based in Germany’s Brandenburg region, manufactures blasthole drilling equipment for use on building sites and in quarries and mines. Generating 259 kW and 1,710 Nm of torque, the TCD 9.0 offers the necessary power to cut through even the most solid rock. This four-cylinder water-cooled engine with turbocharger and charge-air cooling is used, for example, in the BBurg HD 1400 D down-the-hole drill rig.

When it comes to chopping tree trunks with a diameter of almost one meter, the TCD 18.0 shows what it’s made of. The Doppstadt Group, based in the German town of Velbert, builds machines for the environmental technology sector, such as shredders and screening equipment that allow material and energy to be recovered from waste wood and other waste. Shredding the thick logs needs a lot of power, and the 623 kW engine delivers exactly that. The TCD 18.0 is a water-cooled six-cylinder engine with turbocharger and charge-air cooling and a maximum torque of 3,650 Nm – perfect for use in the Doppstadt DH 910 SA.

And it goes without saying that DEUTZ has also reduced the fuel costs and total operating
costs for these cutting-edge 9 to 18 liter diesel engines to an absolute minimum for the cus-tomer. In addition, the TCD 9.0 and TCD 18.0 have the advantage of meeting the EU Stage V, USA Tier 4, and China IV emission standards, which are the strictest in the world.

THE TCD 5.2, A POWERFUL FOUR-CYLINDER ENGINE, IS A NEW ADDITION TO DEUTZ’S DIESEL RANGE. 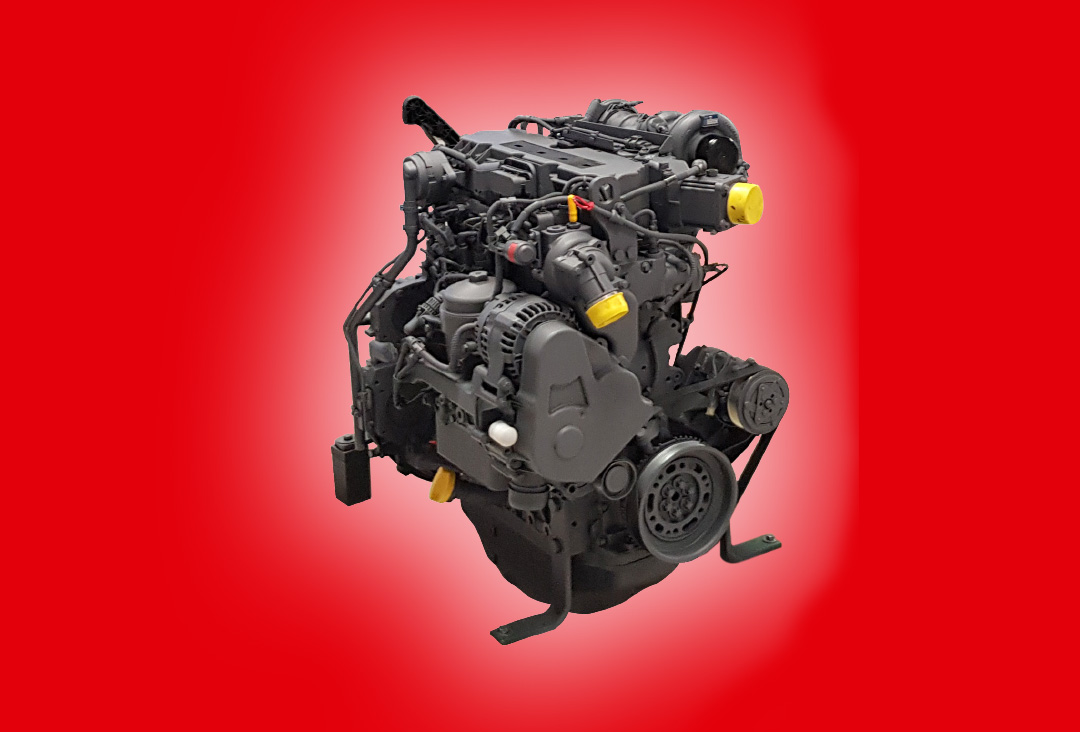 Compact, powerful, and with low operating costs: the TCD 5.2

The Company is currently integrating the first prototypes for customers in various applications; full production will begin in 2022.

The engine has four cylinders, a displacement of 5.2 liters, maximum out-put of 170 kW, and maximum torque of 950 Nm. This makes the TCD 5.2, which is meant as a replacement for larger six-cylinder engines, one of the most compact drives in its power class. As you would expect from DEUTZ, high power density, low operating costs, long service life, and environmental compatibility were the priorities in the development of the engine.

The TCD 5.2 does not use exhaust gas recirculation but instead is equipped with a highly efficient SCR system and a catalytic soot filter (CSF) for reducing particulate emissions. It can run on alternative fuels such as biodiesel and is also primed for hybrid operation thanks to the integrated 48 V electric motor option. The engine meets the requirements of EU Stage V, US EPA Tier 4, China IV and other emissions standards for countries with strict regulations. For countries whose regulations are not as strict, the TCD 5.2 is available without exhaust aftertreatment.