WITH 360 VOLT ACROSS LAS VEGAS.

Every three years, gambling metropolis Las Vegas hosts the CONEXPO. The most important construction machinery trade fair on the American continent and the world's third largest trade fair in this sector.

From 10 to 14 March 2020, DEUTZ presented its latest developments in the field of sustainable off-highway drives at CONEXPO. As a special highlight, DEUTZ presented the fully electric JLG telehandler concept G5-18A, which was developed together with JLG. At the core of this machine is a compact 360-volt drive system from DEUTZ, which has a socalled split drive with two 40 kW electric motors for drive mode and telescopic hydraulics respectively.

As is the norm for electric motors, the torque is applied directly, which further increases the dynamics of the machine. The battery comes from E-DEUTZ’s own modular system and has a capacity of 42 kWh. With the 6.6 kW charging system, the battery can be charged up to 80 per cent in four hours. 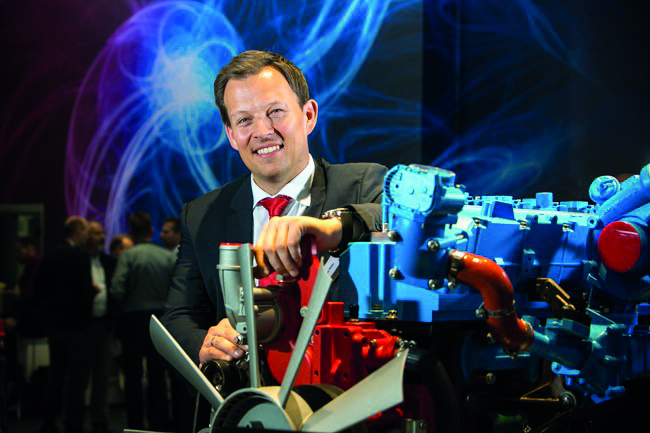 ‘We rely on an intelligent combination of electric drives and combustion engines that contribute to a CO2-neutral future.’

At CONEXPO, DEUTZ also presented an electric hybrid drive, which was specially designed for use in low-load lifting platforms. The new DEUTZ D 1.2 hybrid engine consists of a highly compact three-cylinder diesel engine with 1.2 litre displacement plus a 48-volt electric motor. Another highlight of the trade fair was the battery system, which was developed to pre-series maturity in collaboration with Futavis and has already been produced in three-digit numbers. DEUTZ acquired the German battery specialist Futavis in 2019 in order to expand the in-house competence in batteries as a key technology.

The marketable system emphasises DEUTZ’s strategic focus on electrification of its product range as well as its engineering competence to develop and manufacture high-voltage batteries and electric drive trains. In the service area, DEUTZ presented its innovative ‘Advanced Repair’ approach, which comprises various digital service concepts to ensure safe, efficient and comfortable machine operation. To make maintenance work even more efficient, DEUTZ offers, among other things, an augmented reality application for tablets, which supports mechanics to complete the required work steps directly on the engine. Visitors to the trade fair were able to test the application for themselves at the DEUTZ booth. 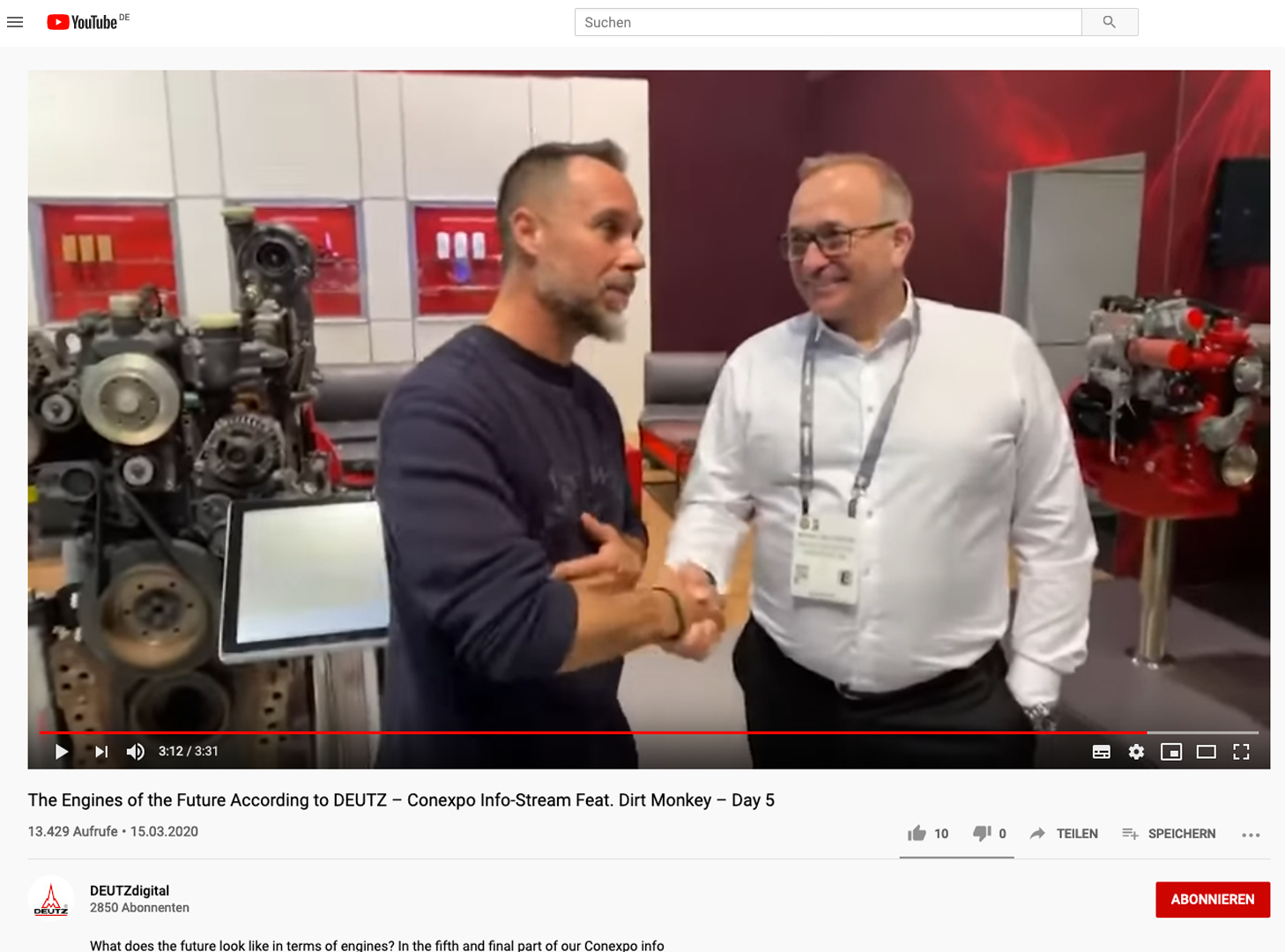